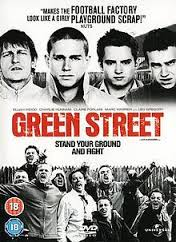 An under-rated film, though I believe it did better in the UK than it did in Australia, where it was titled Green Street Hooligans. The idea that hooligans hate journalists more than anything in the world is a little flimsy, but the progression of the film, pulling an outsider into the hooligan culture and trying to make sense of senseless violence I thought was really well done and made for a dynamic and engrossing film.