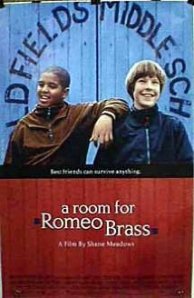 Shane Meadows’ first feature, ‘Twentyfourseven‘, got a heap of attention on release. The follow-up was ‘A Room for Romeo Brass’. While not as well known as his first feature, his second film, for me, was much tighter, much more on point, and ticked over so well from scene to scene. I loved that he’d spent the first part of the film giving us one version of events – an easy-going, modern British film with nothing too out of the ordinary – then it all shifts within one scene. The whole tone of the film turns and every proceeding scene has a totally different sense and feel, a dark undertone foreshadowing everything. Paddy Considine is excellent in this film.