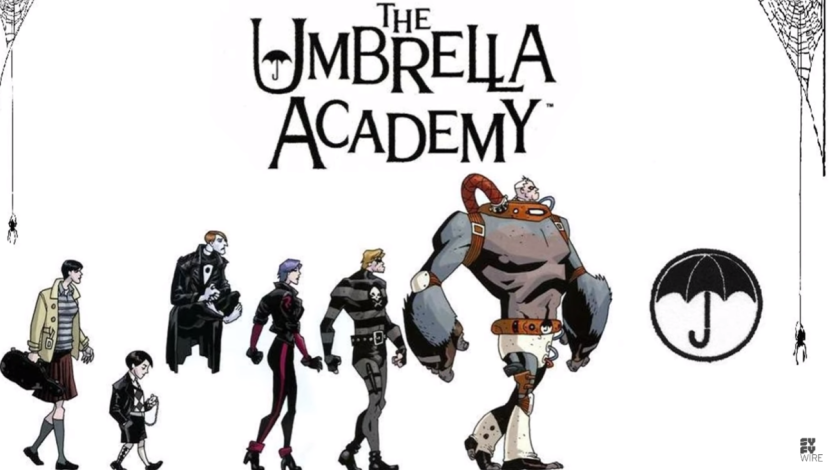 After watching the Netflix series ‘The Umbrella Academy’, I was inspired, for the first time in a long time, to go check out the original comic books of the same name. Written by Gerard Way, and illustrated by Gabriel Ba, both of whom have storied histories of vastly different backgrounds, it’s been interesting to take a moment to drift back into the comic book world and get that surge of nostalgia and recognition – even if the modern comic universe looks almost nothing like the one I knew when I was a kid.

What’s been most interesting, from a writing perspective, is analysing the stories from a more mature viewpoint. The first thing? Comic book narratives are unlike anything else, and it’s almost impossible to compare them, for the most part, to any other form.

Yet at the same time, these narratives were part of what lead me to being a writer. I was hugely into comics between the ages of 11 and 14, and while I couldn’t understand the moral complexity of the stories, the narrative style definitely had some impact, at least early on, as to how I approached writing.

That was then refined by novels and screenplays, so it’s hard to say what elements stuck with me, if any. But in particular, it has been interesting to note just how much is left up to your imagination in comic books, how you’re only getting a brief snapshot of this whole other world, and whatever else is going on is only alluded to between the lines.

That lends itself to the writing style I prefer, in minimalism, which puts increased onus on the reader to connect the dots. That, to me, is a more engaging style, as it demands attention and lets you piece things together a bit more than a descriptive, prescriptive style, which is what most genre work caters to. In Umbrella Academy, the main storylines are actually very brief, but you can imagine the lives of these characters and the worlds they live in outside of the focus narrative, which makes it a more engaging, and dare I say it, obsessive experience for those readers who connect with the work.

You can see why comic book fans are so passionate, they’ve been asked to invest a lot of themselves and their own imagination into these characters and worlds, which is what keeps them coming back. Because it becomes part of them – each person’s vision of each world is unique to them, which helps solidify their relationship. It’s also likely why comic book fans get so upset when a film adaptation veers from what they know, from the rules that have been established within the lore of the source work.

Of course, there are longer form comic books – graphic novels and the like – which more closely align with a traditional Hero’s Journey type narrative structure. I’ve checked out some of those over the years (did you know that Chuck Palahniuk’s two Fight Club sequels are both available in graphic novel form?), but they’ve always felt, to me, like a hybrid form that straddles the line a little too much, which has left them, in my mind, less satisfactory. But the traditional comic format will always have a place in my heart, getting small insights into these worlds one episode at a time. Writing such is a dedicated skill within itelf.

It’s been interesting to note why that is, and what engagement elements work best within the format, which may help to inform other writing approaches.