At the end of every year, I like to take some time to contemplate my favourite cinematic experiences of the past 12 months, and put together a list of the top films I saw during that period. But this year I had a problem – I couldn’t come up with five films I really loved.

Now, part of that is my own limitations in getting to the cinema – I have two young kids, which means that I’ve seen every kids film, but fewer outside of that. I still generally catch most of the buzzed about films when they get a DVD or digital release, but I do likely also miss out on some that I should have got to. Yet even then, I have seen most of the Golden Globe nominees, all the big ones. And not many really grabbed me.

But I do think 2018 marked a significant shift in the cinema landscape. This year, I really only loved two films, and both of them originated from Netflix, which, increasingly, is looking to experiment and distribute more interesting projects. They don’t always get this right, but they are getting better, and I feel like Netflix could become the new wave, the new platform of choice for ‘left of centre’ film making, a new home for more experimental, artistic film projects.

It’s been heading this way for a while, but it feels like Netflix gained more legitimacy in this regard in 2018, with some very big names partnering with the streaming giant on new projects.

So what were my top films? 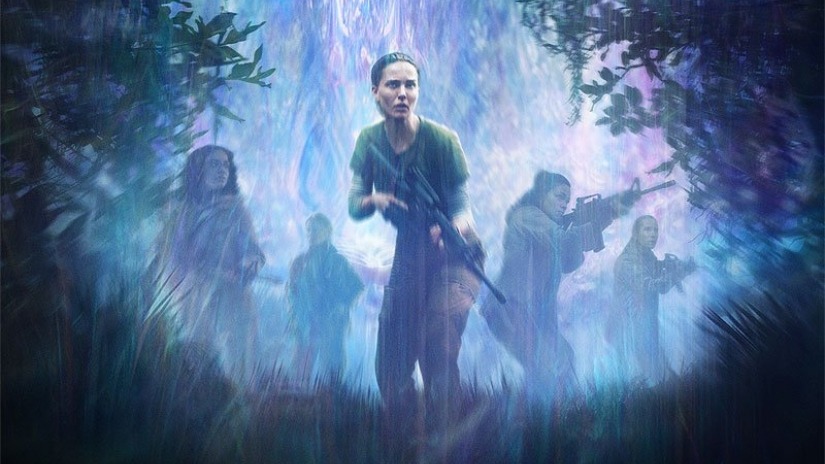 Alex Garland is one of my favourite writer/directors to follow – he wrote one of my favourite books of all-time, ‘The Coma’, which was far less commercially successful than his major breakthrough ‘The Beach’, but was far more aligned with his film work. Following The Coma, which was Garland’s third novel, he moved onto screenplays, working on an ill-fated adaptation of the video game ‘Halo’, then ‘28 Days Later’, and the remake of Judge Dredd. Garland then shifted to directing, with his breakthrough film ‘Ex Machina’, providing him with the perfect platform to showcase his eye for detail and cinematic ability.

Annihilation is not as good as Ex Machina, but it’s close, and it definitely deserves more attention than it seems to have been given. Some of that is due to a distribution deal which saw the film skip a cinematic release in most regions, going straight to Netflix instead. But on Netflix, it has gained an audience and momentum, making it something of a cult winner.

Annihilation features excellent effects, a great cast (hard to go wrong with Natalie Portman and Oscar Isaac) and in intriguing story. Studio executives were reportedly concerned that the plot was ‘too cerebral’, and certainly there’s a lot to take in. But there’s a lot to get out of it too – a really interesting film that uses its science fiction setting to tell a human story, which is what the best of the genre does.

Also worthy of note, Annihilation is based on the novel of the same name by Jeff VanderMeer.

The Ballad of Buster Scruggs by Joel and Ethan Coen 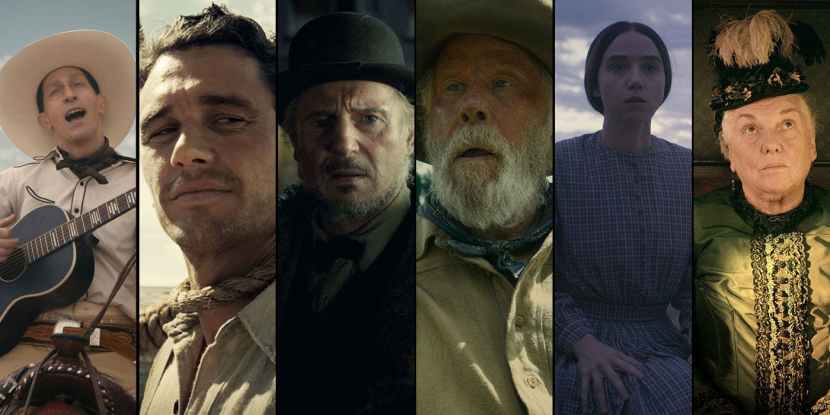 I’ve been a big of the Coens for a long time – they were among the film-makers in the mid-nineties who really introduced me to a new way of appreciating cinema and what the medium could offer. From ‘Raising Arizona’ to ‘True Grit’, the Coens have an amazing handle on the form, and how to use it to maximum effect, which is showcased in varying capacity in their western short-film collection ‘The Ballad of Buster Scruggs’.

The film is a great representation of their style, with excellent dialogue, a great sense of timing and pace and visually interesting stories. There’s a heap going on in each of these little tales, and while I don’t think each one hits the mark exactly, the ones that do more than make up for any minor shortfalls.

As noted, both of the abov films represent an interesting shift for Netflix, which is gradually starting to refine its process in regards to its original production efforts. They still produced some films that missed the mark in 2018 – ‘Bright’ had an interesting premise, but failed to capitalize on it, ‘Extinction’ felt generic, as did ‘How it Ends’, while Duncan Jones’ ‘Mute’ felt only partially realized and never seemed to elevate. But then again, others like ‘Set it Up’ and ‘Next Gen’ were nuanced and clever, and showed what Netflix produced films can be, and can do for the broader film scene.

Then later in the year, Netflix also released the excellent ‘Outlaw King’ with Chris Pine, and the much-hyped ‘Bird Box’ with Sandra Bullock. And while Bird Box sometimes felt constrained by cliché, Outlaw King was another high point for the streaming giant, and an indicator of the potential of its projects to come.

There were other films I liked in 2018 – ‘Solo’ was, I thought, a good step back in the right direction for the Disney-owned Star Wars generation (once it found it’s footing about 40 minutes in), while the comedy ‘Blockers’ was far better than I expected, with the marketing angle for the film seeming way off. But I didn’t see anything that really blew me away, that really stuck with me after, as the above two films did.

What that means, to me, is that Netflix may be moving to take up the mantle left by the decline of Miramax and arthouse cinema in general as studios have looked to bigger productions (and lots of remakes/sequels). Netflix invested around $13 billion into original projects in 2018, and plans to up that further in 2019, as it continues to increase its subscriber base and build out its business.

That’s a very positive sign for those working in literary circles, as it means more opportunity for film projects – both in terms of original screenplays and adaptations. Indeed, in 2018, Netflix also invested in its first Australian original feature film, while it’s been working with the ABC on several TV productions. While it remains to be seen exactly how the next phase of video on demand – or ‘Television 3.0’ – plays out, it is good to see new opportunities arising from the expansion of the field.